How to increase testosterone levels naturally 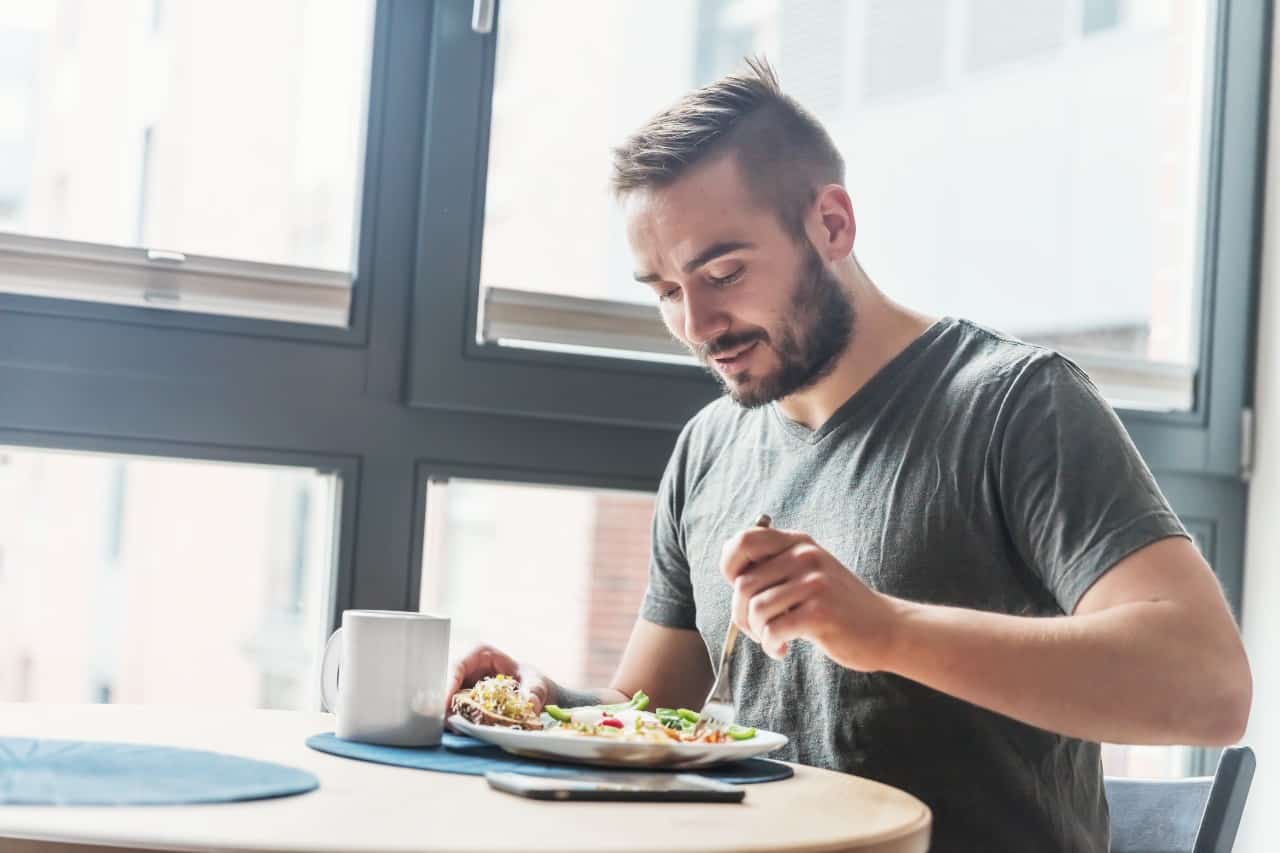 How to increase testosterone naturally

Testosterone is the primary male hormone that’s produced by the testicles and adrenal glands (albeit in smaller amounts).

It’s responsible for the development of secondary sexual characteristics such as facial hair growth, deepened voice and heavier bone structure to name a few. As a result, many men want to know how they can increase testosterone naturally.

Needless to say, having healthy testosterone levels is a vital part of male well-being and overall health.
However, low testosterone is a real problem for men as it can lead to a number of health issues such as:

That’s why it’s recommended to keep your testosterone levels within normal healthy ranges.
And below you’ll find the top 5 natural ways of increasing testosterone so read on!

Being physically active might be a challenge in current times, but it offers a plethora of health benefits, including an increase in testosterone levels.

And this is what other relevant studies show:

Not only that, but other research data suggests that overweight men can use aerobic training to boost their T levels to greater effect when compared to a weight loss diet (Kumagai et al. 2016).

Sleep is a vital part of how our bodies function and a good night’s sleep is important for our overall health and wellbeing.

But here’s what other scientific data reveals:

With that being said, note that the ideal amount of sleep varies for each person.

But as a general rule of thumb, aim to get at least somewhere between 7 to 10 hours of quality sleep every night.

Try to Reduce Stress and Cortisol

Although everyone faces stress one way or another, it’s crucial to keep your stress levels down if you want higher testosterone concentrations in your body.

Or to put it simply – the more cortisol you have in your bloodstream, the less testosterone will be produced by your body.

Other scientific data even shows that elevated cortisol levels can also lead to increased food intake, which leads to an increase in body fat percentage that has a negative effect on T (Torres et al, 2007).

Here’s what you can do to keep your stress and cortisol levels in check:

But reducing stress and subsequently, cortisol levels aren’t only beneficial to your anabolic hormone profile.

Decreasing repetitive stressful situations in your life can have a positive impact on your overall health.

Spend More Time Under the Sun or Take Vitamin D

Despite its name, vitamin D is a hormone that our bodies produce when stimulated by direct skin exposure to sunlight.

Vitamin D has a number of health benefits including a significant improvement in a few risk markers associated with heart disease, according to The American Journal of Clinical Nutrition (Zittermann et al, 2009).

This is what studies say about the relation between testosterone and vitamin D:

Keep in mind that vitamin D deficiency is more widespread than you probably think.

A specific examination survey in the US found that 41.6% of the participants were deficient in vitamin D (Forrest et al, 2011).

And if you don’t live in a sunny area, just make sure to supplement with vitamin D to reap all the benefits associated with this hormone.

Stay Away From Estrogen-Mimicking Chemicals

You’re probably aware of the fact that estrogen is the female hormone and men don’t need a lot of this hormone – they need testosterone.

However, certain estrogen-like chemicals like Bisphenol A (BPA) and parabens (found in plastic) can have a negative effect on your T levels.

Here’s what relevant research on the subject shows:

These studies explain why BPA and phthalates are considered hormone disruptors.

And it’s worth noting that plastic water bottles contain estrogen-mimicking compounds like BPA, so it’s always better to drink from glass containers.

How to increase testosterone levels naturally with food

The best testosterone foods are:

All of these foods contain powerful nutrients that either have a direct on indirect positive effect on testosterone levels.

The foods that may lower your testosterone levels are:

You can also add alcohol into the mix as it’s proven to reduce T levels, even though it’s not an actual food per se (Vatsalya et al, 2016).

All of these supplements have been shown in some studies to increase testosterone. However, some of the studies are of poor quality, some have contradictory findings in other studies, and all require further research.

Vitamin D is a hormone produced in the skin naturally when exposed to sunlight.

Wehr et al (2010) demonstrated that low vitamin D levels reduced testosterone production. When the men spent more time in the sun, vitamin D and testosterone levels increased. Vitamin D supplementation is a safe way of increasing levels and is important for people with darker skin, or those who live in countries with less sunlight.

DAA is involved in the production of hormones in the body. One study (Topo et al., 2009) found that it increased levels of luteinising and follicle-stimulating hormone in the body. Luteinising hormone is responsible for signalling to the testicles to produce more testosterone.

However, another study found that it didn’t increase testosterone levels nor did it improve athletic performance (Melville et al., 2017).

This herb still needs more research to understand its effects with larger studies.

Zinc is a mineral with important functions inside the human body, in men it has been associated with hormone production. As a result it is often used in male testosterone boosting products.

Studies show that a zinc deficiency is linked to low testosterone and fertility levels (Fallah et al., 2018). Supplementing with this mineral may help to improve low testosterone if levels are low.

DHEA, also known as Dehydroepiandrosterone, is a hormone that is naturally produced in the adrenal glands. It is a precursor hormone, meaning that it is converted into other hormones in the body. It has been linked to numerous effects, and is the most prevalent precursor in the human body.

Levels of DHEA have been shown to reduce in men as they age, which has made many suggest that it is an important anti-aging supplement.

Some studies have linked it to increased testosterone levels, particularly in older men (Martina et al., 2006). However, these results have not been repeatable in other studies.

Ginger is a readily available spice used in Asian cooking. Various studies in rats and humans have shown increases in testosterone and luteinising hormone levels when supplemented in higher quantities (Ghlissi et al., 2013).

Fenugreek is another spice found in Indian cooking and herbal medicine.

A recent 2020 meta analysis of 4 studies concluded that Fenugreek extract has a significant effect on testosterone levels.

A 2003 study published in the Biomedicine journal found that the testosterone levels of the participants peaked at 146% of baseline levels after 7 days of abstinence (Jiang et al, 2003).

Overall, the 5 best natural ways to increase testosterone are:

However, if your testosterone levels are too low these methods might not be enough.

If needed, your doctor might prescribe TRT (testosterone replacement therapy) if you suffer from low T conditions such as male hypogonadism.

How can I test my testosterone levels at home?

Optimale provide the best value at-home testosterone blood test on the market. This can be done at home safely with a fingerprick test, or in a clinic or by a nurse with a venous test option.