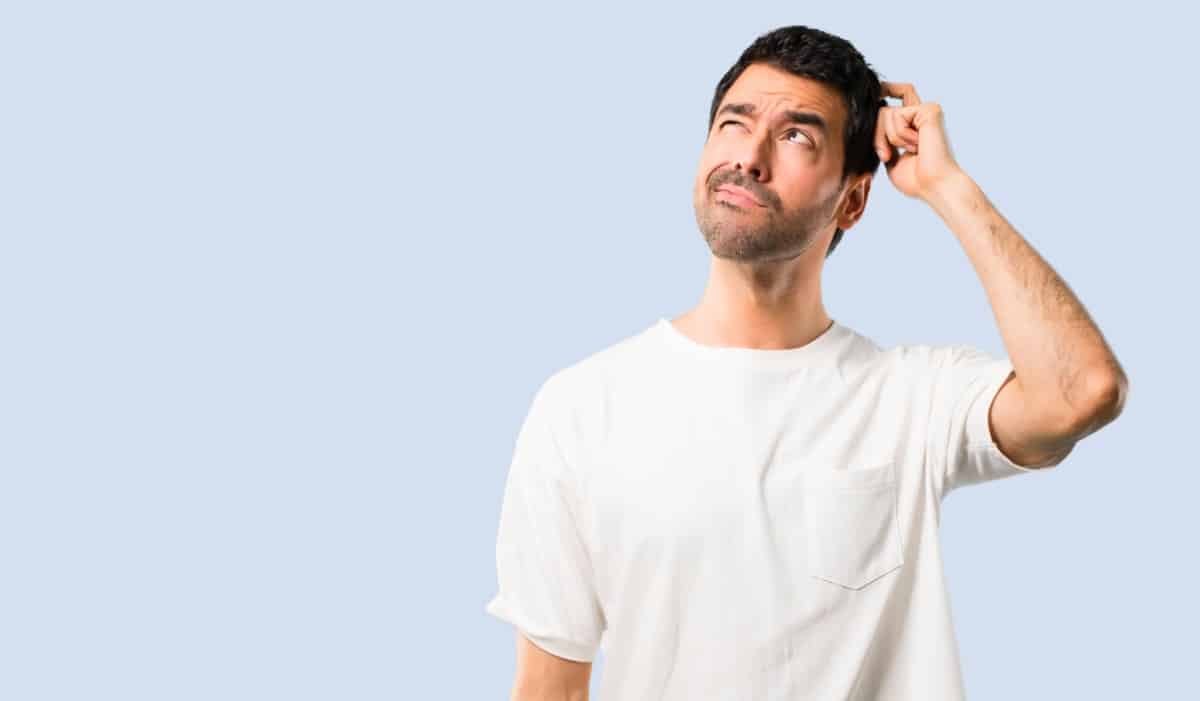 Everyone has heard of testosterone – the chemical that makes men manly, strong and dominating.

It makes your voice deep and your muscles big – but is it that simple? Is there more to it than meets the eye? What is testosterone?

Testosterone has a certain stigma attached to it in today’s society. It is often blamed for all kinds of things; from violence and aggression, to cheating in sports.

But is it all bad? Does it have any positive effects? And why do so many men want more of it? Some men have lots of it and some don’t have enough…

How do I know if I have high levels and what can I do about it if I don’t?

Testosterone is a hormone.

This means that it is a certain type of molecule in the body that attaches to cell receptors to produce a response. It is like a signal to cells to perform actions in certain situations. Because it is a chemical it can tell lots of different cells to do things at the same time, throughout the body.

This is called a systemic effect.

It allows the body to make big changes that last for longer than signals from nerves.

It is produced by the male body from as young as 7 weeks old. Its production then peaks in the teenage years as a child goes through puberty. After the age of 30 most men’s testosterone levels slowly decrease each year.

If a man does not produce enough testosterone it can lead to a condition called hypogonadism. This can have many negative effects, physically and mentally.

The role of testosterone?

Testosterone has 100s of effects on the body, many of which are still not fully understood.

It can impact everything from your mood, to how your bones develop. 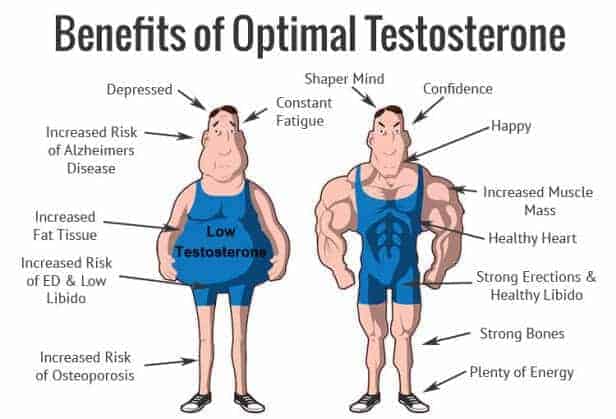 Even in the womb testosterone is responsible for the development of male genitalia.

After conception they continue to grow. This growth increases rapidly during puberty where the penis and testicles grow and sperm is produced in the testes. Body hair also begins to grow and sexual desire increases.

The male’s face begins to become more masculine in structure and the bones begin to develop with a widening of the shoulders and increased bone density.

Skin becomes thicker and muscles begin to grow larger. Some men will not fully develop in puberty and will need testosterone to allow further development.

What is testosterone’s effect on muscle and bones after puberty?

Testosterone increases protein synthesis and muscle growth. It is released after exercise and helps with recovery. Testosterone also works to improve strength through effects on the nervous system, especially when combined with resistance training.

This is why athletes take anabolic steroids to improve their performance. Testosterone also increases bone density; this is very important in older men with lower testosterone levels.

Testosterone also converts into oestrogen which is very important for bone health.

Low testosterone leads to low oestrogen levels. Lower bone density increases the risk of frailty and broken bones. It can lead to a reduction in height and compression fractures (bones which are crushed or collapse) in the spine.

This condition is called osteoporosis and is common in older men and women.

We know that low testosterone can cause anxiety and depression.

It may leave you feeling grumpy and down. But what is testosterone’s role in improving mood and affecting general emotions?

A recent study shows that testosterone was more effective than anti-depressants at improving mood and reducing anxiety and depression.

Testosterone affects the hippocampus, an area of the brain important in the study of depression and anxiety, to improve a man’s mood and emotional state.

Testosterone has other roles in psychology. It has been shown to increase risk-taking and competitive behaviour. Many top traders and company directors have higher testosterone levels than their counterparts.

Testosterone has also been shown to improve spatial awareness.

In successful men with a higher status this is rarely seen as aggression or violence; it normally produces assertive behaviours and actions.

Testosterone is a hugely important hormone that is needed for so many aspects of a man’s health. It does so much more than help to build muscle, facial hair and deepen a man’s voice! In fact, having low testosterone makes you feel more grumpy, low in mood and anxious.

Not to mention the negative effects that low testosterone has on heart health and the risk of diabetes.

Considering these are two of the biggest killers of men in modern society, the epidemic of low testosterone becomes an even bigger threat.

When combined with a decrease in sex drive and the reduced ability to maintain an erection this can become a cause for major concern in a man’s life and happiness.

If you think you may have low testosterone, or recognise some of the symptoms here, then you can order a discreet test to your home which looks at total and free testosterone levels here.