Where to buy HCG in the UK? How can I get HCG? 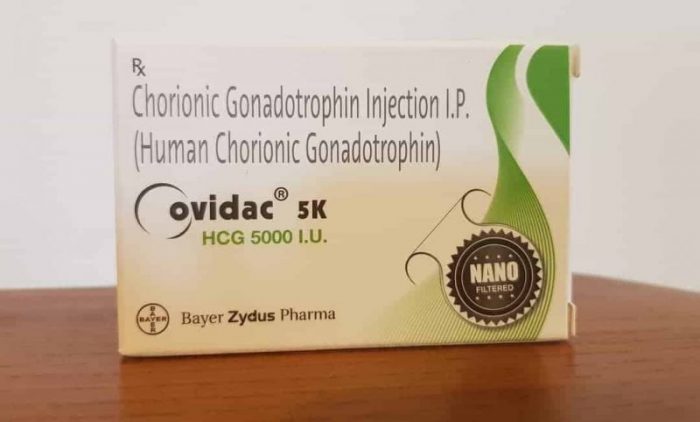 Where can I buy HCG in the UK?

HCG can be bought from certain specialist pharmacies as well as through clinics that prescribe HCG to men and women for specific conditions. If you need a prescription for this medication then please contact Optimale to see if we can support you with your needs.

Optimale can also point patients with prescriptions for HCG to our partner pharmacy who can provide HCG at low prices.

How difficult is it to buy HCG? HCG is becoming a difficult medication to get hold of. In the US it is now an extremely expensive medication making it out of reach for most men on TRT. In the UK it is a more reasonable price due to European options which means it is still possible to afford for the average man. This means that you can buy HCG if you have the relevant prescription from a doctor.

What is HCG (Human Chorionic Gonadotrophin)?

HCG is a hormone which is produced by cells in the placenta by women during pregnancy. It is a hormone that supports the normal development of an egg in a woman’s ovaries, and stimulates the release of the egg during ovulation.

To use it as a medicine, HCG is either extracted from the urine of pregnant women or produced from cultures of genetically modified cells using recombinant DNA technology.

It can be hard to buy HCG in the UK. HCG is a prescription-only medicine that requires a doctor to legally acquire.

What is HCG used for?

HCG is used to stimulate ovulation and to treat infertility in women, and to increase sperm count in men.

Human Chorionic Gonadotrophin is also used in rare cases with young boys when their testicles have not dropped down into the scrotum normally, or when puberty is delayed.

Men who are on Testosterone Replacement Therapy (TRT) sometimes take HCG to restore the size of their testicles to their pre-TRT level, and to increase their fertility if they are planning to have children in the near future (read about this in our fertility article here).

Why take HCG alongside TRT?

HCG has three main reasons for being taken alongside TRT.

1. It maintains a man’s fertility (as long as he is fertile in the first place and has no damage to his testicles).

HCG replaces the action of LH (luteinising hormone) and stimulates sperm production in the testicles. Most men are fertile with the addition of HCG only, others may want to use HMG (which also replicates FSH) for further fertility improvements.

This is important in case a man needs to stop TRT for some reason in the future. It ensures that he will maintain some testosterone production without supplementing.

It also means that testosterone levels are higher in general as the natural production of testosterone continues alongside the testosterone medication. Some men can even use HCG on its own for testosterone production, although this is less commonly effective.

3. It allows other hormones to be produced which are important for health and well-being.

HCG maintains other hormone pathways through the production of pregnenolone. These are lost when men suppress their LH and FSH production. These less well-known hormones allow for mood and libido improvements, and ensure that levels of certain cholesterol do not become raised from lack of conversion into other hormones.

What are the Downsides of HCG use?

As with most medications, some men do notice side effects from HCG use. Most of these side effects are due to the production of hormones in higher levels than expected.

The most common of these is that HCG increases oestrogen too much and this causes oestrogen related side effects such as anxiety, nipple itchiness, low libido and fatigue.

Luckily, this is often prevented or resolved by splitting the dose into more frequent, smaller doses of the compound or reducing the dose slightly.

There is a common myth that using HCG for long periods of time causes the body to become desensitized to its effect. This has not been shown to be true, particularly at the low doses used alongside TRT .

Is HCG monotherapy an effective option?

HCG monotherapy is the use of HCG alone in an attempt to increase natural testosterone levels without using exogenous testosterone (from outside the body).

By using only HCG, your body may produce its own testosterone in higher levels than it would be able to naturally. If a man has damage to his testicles that prevents testosterone from being produced in sufficient amounts, then HCG monotherapy is unlikely to be beneficial. This is known as primary hypogonadism.

Whilst HCG monotherapy can be effective in some men, it is fairly rare that it provides relief from symptoms, and most men prefer to use it alongside testosterone from injections or creams. This tends to have better results.

How to buy HCG in the UK?

Our doctors can prescribe HCG to be purchased from our partner pharmacy for appropriate patients with low testosterone and/or fertility issues.

HCG is a must-have for most men on TRT.

It is recommended by the top TRT doctors for maintaining fertility, testosterone production, testicular function and for its added well-being benefits from its regulation of other hormonal pathways.

Optimale can provide HCG with all treatments options as well as monotherapy for those who are concerned about suppressing their own production.